Denver’s Chief Storyteller on the Power of Stories to Engage Your Community
by: kim | October 2019

In the local government world, we are constantly trying to push information OUT to members of our community. A new initiative. Results from a previous initiative. A planning process. A public forum. A revamped website. Even when we’re seeking people’s feedback, we’re asking them *our* questions in a survey.

Which is why I found my recent conversation with Rowena Alegria for KLA’s SAS Talk with Kim podcast so fascinating. Alegria has the supremely cool title of Chief Storyteller for the City and County of Denver, Colorado, and the even cooler goal to “change the history of Denver,” one story at a time.

LISTEN TO THE PODCAST NOW.

Her team’s approach — the core of which is a “storytelling lab” — has had the amazing result of turning interactions with residents into two-way conversations, the holy grail of community engagement. And these aren’t just the usual suspects. Denver’s storytelling labs have drawn a diverse array of Denverites and catalogued stories that you won’t hear at a typical public meeting. 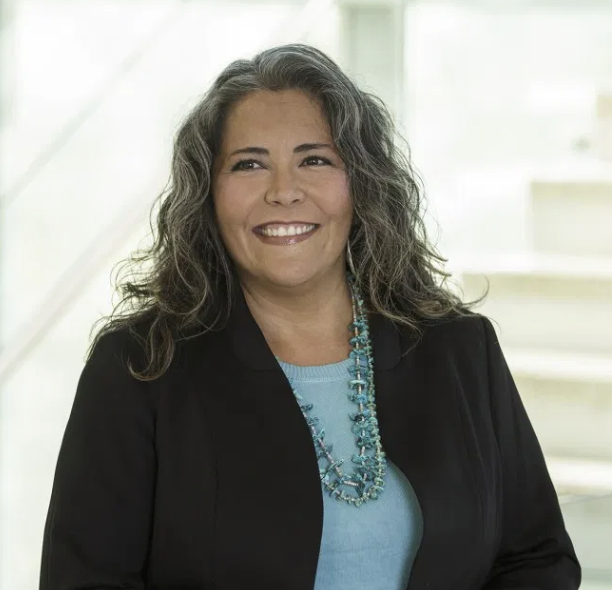 And the Bloomberg Cities profile of Alegria captures that well:

“In local government, communications is often about getting City Hall’s message out — using the media, social channels, speeches, and other means to reach residents and talk to them. Denver’s Rowena Alegría is flipping that around. She thinks City Hall communications can be much more about listening — especially when it comes to residents whose voices have been ignored in the past. As the city’s newly appointed ‘chief storyteller,’ her role is to find those people and help them get their message out.

Those sessions are called “storytelling labs,” where they team up with community organizations to capture their stories. Some people have a story ready to tell, but there are some good prompts to get people thinking — and then talking. They often start with the exercise “Describe Denver using the 5 senses. Alegria, her team and partners are on hand to facilitate and record — audio or video — for participants who feel comfortable sharing their stories.

You can watch some recent products of the #IAmDenver storytelling labs hosted by Denver Public Library here.

It’s also a more direct route to reach community members and, frankly, straight from the pages of many successful corporate playbooks. This is from a U.S. News and World Report story:

“Raju Narisetti, a journalism professor at Columbia University, says the storyteller position, typically filled with former TV and print journalists, is a staple of corporate communications. Fortune 500 heavyweights from Citigroup to J.Crew employ ‘content officers’ who profile CEOs or other notable employees as well as keeping workers up to date on company goings-on.

‘It’s a broader trend of companies and organizations,’ says Narisetti, former CEO of Gizmodo Media and director of the Knight-Bagehot Fellowship in Economics and Business Journalism at Columbia. ‘Governments are starting to embrace storytelling for its ability to reach people directly and not have to go through the conventional media.’”

The Roots
Governing covered the genesis of the position in Denver:

“In March, the mayor appointed her to run his new Office of Storytelling, with a budget of $269,000 a year. Both Atlanta and Detroit also have chief storytellers, and Alegría likens the position to a taxpayer-funded Mile High City version of Humans of New York, the popular blog with portraits and interviews of everyday people in the Big Apple.

Part of Denver’s impetus for this storytelling is growing community concern about gentrification and displacement. ‘As we engaged residents around those issues,’ Hancock says, ‘one of the things that became clear to us was that the loss of cultural identity — the loss of our history — was one of the emotional flashpoints for people. People said, ‘Our stories are being lost. Our history is being lost. How do we preserve that?’”

The Upshot
For anyone who has spent time in a mayoral office, as Alegria did, or really any local government office, you know the well of stories from community members never runs dry. And we’re not just talking about the complaints. Local government staff are the front lines of communication with people in our communities regardless of age, race, gender, physical abilities, and so on. But Alegria made a great point when we spoke: those stories often stay there. There isn’t a mechanism to amplify that voice, to share it with community members, to piece it together with other similar voices, to put a face with the story.

And the more people feel like their voices are actually being heard by the local government, she argues that improves the odds that they will be willing to listen to us.

“We need to hear people, we need to listen to them. And maybe down the road they will want to hear from us” she told me.

Want to ramp up the ways you seek out your community’s stories? In no particular order, here are some tips Alegria shared:

In the podcast, Alegria talks about some of the logistics involved in Denver’s storytelling operation, but the Bloomberg Cities overview highlights some of the key aspects:

“We set up the Office of Storytelling, and I took the title of Chief Storyteller. I have three other storytellers who work with me, all of whom are multimedia journalists who have worked in everything from social media to newspapers to TV news to filmmaking. We’re full-time city employees, and have a budget of $300,000. We have a city-wide marketing and media services division, and they are helping us with production — they have a lot of the equipment and are helping us do the social media campaign and some of the marketing. We’re based in the agency for Human Rights and Community Partnerships, which is focused on community engagement and giving voice to underrepresented populations. It’s where you have the Office on Aging, the Office on Immigrant and Refugee Affairs, the Office of Disability Rights — the folks we’re trying to reach.”

The latest from Alegria’s team is a series of stories for Indigenous Peoples Day: “We Were Denver Before Denver Was Denver.” Watch their powerful stories here.

There is also the History of Drag: From Prohibited to Proud series of videos you can check out here.

LISTEN TO THE PODCAST NOW.